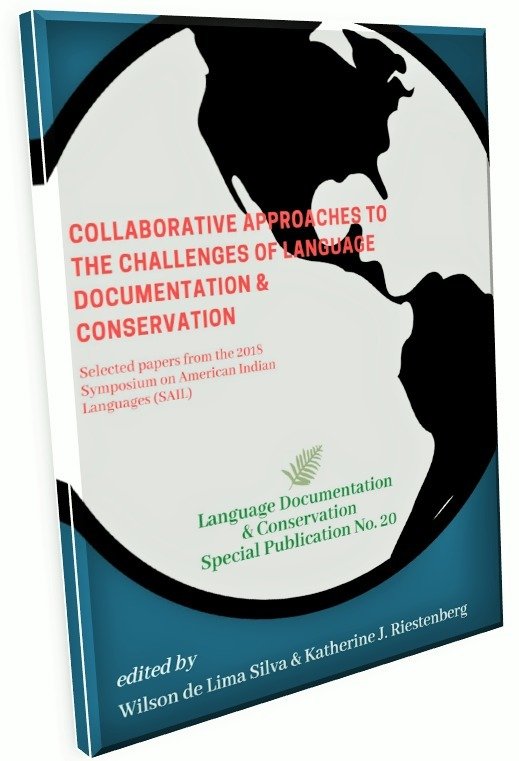 The papers in this special issue are the result of case studies on methods in language documentation, language conservation, and language reclamation in the Americas. [They] were first presented at the 6th Symposium for American Indian Languages, held at the University of Ottawa, on April 13-14, 2018, jointly with the Workshop on the Structure and Constituency in the Languages of the Americas (WSCLA). […] The papers bring together unique, informed and relevant insights at the interface of several domains (language documentation, language conservation, and language reclamation, language assessment surveys), in which the focus is on Indigenous communities and their efforts to preserve and/or reclaim their language for the future generation of speakers. This is the first-time papers presented at SAIL have been published together in one special volume. They build on the increasing efforts towards community- based language research around the globe (see for example Bischoff & Jany 2018; Czaykowska-Higgins 2009; Hinton & Hale 2013 [2001]; Penfield et al. 2008). There is a great deal of published material that resulted from community-based language revitalization work on the Indigenous languages of Canada and the United States (Burnany & Reyhner 2002; Cantoni 1996; Reyhner 1990, 1997; Reyhner et al. 1999, Reyhner & Lockard 2009).2 Some recent volumes with case studies include Coronel-Molina & McCarty (2016) and Pérez Báez et al. (2016). This is not to say that community-based research is not being undertaken in these regions (see Fitzgerald, to appear, for an overview of the community-based research taking place in the Amazon region) and reports on some of the current community-based research in these regions have been published in open source journals such as Language Documentation & Conservation (e.g., Caballero 2017, Cruz & Woodbury 2014, Silva 2016, Stenzel 2014; Yamada 2007) and Language Documentation and Description (e.g. Hornberger 2017, Olko 2018). The present issue builds on the trend of reporting case studies of community-based Indigenous language research so that we may better understand the challenges and successes of engaging in this work in diverse contexts.