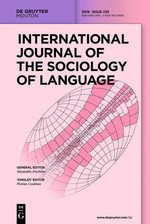 This article addresses how English language practices were performed, conducted and interpreted by six inhabitants of Alter do Chão village, a popular tourist destination for locals and with increasing numbers of tourists, located in the Amazon region, in the north of Brazil. Developed through an ethnographic perspective and based on the data analysis resulted from interviews and fieldwork, this article advocates, mainly, that people are creative in their linguistic encounters and that languages find their places in social practice. The article also sheds light on the spread of the English language and the encounters among languages and cultures that the technology and the recent mobility of people have facilitated. The results show that English language practices performed by the six participants in Alter do Chão village, often highlighted through hybrid language practices, are constituted by locally situated attitudes, related to their creative performances.